Behaviors of most negative people

WHY ARE THERE NEGATIVE PEOPLE?

This is something I always thinking of to see if I can find out the origin of negativity in people around the world. I read in the Bible it says that God has created everything good. Where on earth does negativity come from then?

For now I am not so sure about the origin of negativity;  but I can give some details of someone being negative.

In my childhood I saw people usually give negative suggestion to other people just to frighten them in order to govern them. By example a child who is crying after something he wants; if his mother wants to get over the situation most often she tries to scare the child to make him stop. By telling him some lies or by suggesting him some negative ideas. Like: keep quiet, the devil will come and get you. Here is the police officer he’ll take you away if you don’t stop crying.

The child who doesn’t have knowledge enough of what a devil is or what the mission of a police officer is got scared and stop crying and start looking for security from that mother. This negative suggestion generated in his mind by his mother makes of him a negative person for all police officers and for the word of devil. He’ll never have a positive attitude towards these two when he hears them or sees them on his way. Why because his first conception for them was negative and scarcity.

Now I start to discover that fear is one of the worst feeling used to stop someone, to manipulate him, to hold him back and negative feelings come from negative suggestions other provide to you and as well from you sometimes when you provide them to yourself and you believe them. The power is the fact you believe the suggestions.

I used as well to hear other people saying that: I’ll never be able doing that; I am too old to learn now; ho gosh I am so stupid what a mistake I made. I can’t I can’t I can’t etc by giving these negative suggestions to themselves there are ordering their subconscious to act in consequence. As the general law of the nature is what you focus your energy on more, comes more real for you even if it’s not true. These people stop themselves right there from doing anything better to move on by suggesting themselves some negatives ideas.

The worst part about negative people they don’t learn how to forgive; they judge and condemn all mistakes. This is the reason they lose heart very fast after a mistake believing that they’ll never be able to make it. But they don’t know this great law of the nature which says The Lord God doesn’t condemn your actions but your intentions. He is merciful to you; be merciful to yourself too.

A negative idea generate fear, fear leads to self-limiting which leads to mistrust which leads to doubt or hesitation all of these transform you into a narrow-minded person which characterize you as a very negative person.

The bottom line is: a negative person is someone with a brain affected by negative suggestions from himself and from other people. The only ways for that person to set himself free is to become curious  so that he grow and to start suggesting himself that he is capable of everything because all thing is possible for he who believes.

Note: When it says all thing; it’s included negative and positive; now you need to start embracing things and ideas with love and appreciation be curious to understand them more and clear so that your intention can turn you into a positive person where you believe in and accept what is positive and true.. 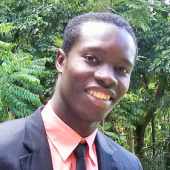 Another way to create HAPPINESS

What can hold you back?